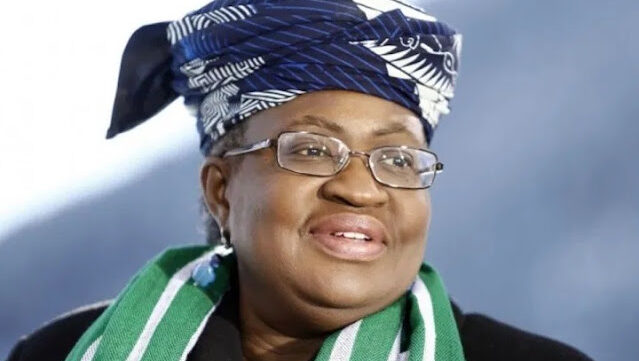 #WomanCrushWednesday #Unity #PeaceWins #StrongerTogether #History.
Regardless of tribe & religion, we all love to be associated with success & fame.

Early life and education
Okonjo-Iweala was born in Ogwashi-Ukwu, Delta State, Nigeria, where her father Professor Chukwuka Okonjo was the Obi (King) from the Obahai Royal Family of Ogwashi-Ukwu.

Personal Life
She is married to Ikemba Iweala, a neurosurgeon from Umuahia, Abia State, Nigeria. They have four children, including author Uzodinma Iweala.

Career Summary
Economist Ngozi Okonjo-Iweala was Nigeria’s first female finance minister (and its longest serving) and spent 25 years working for the World Bank. She sits on the boards of Standard Chartered Bank, Twitter, Global Alliance for Vaccines and Immunization, and the African Risk Capacity (ARC), and is poised to become the first female head of the World Trade Organization. It is for these reasons, and more, that Forbes Africa named her its African Person of the Year 2020 and that we’re calling her a woman to watch closely in 2021. Full Bio of Dr. Ngozi Okonjo-Iweala