How We Celebrated Nigeria’s Independence And Our Second Anniversary With Nigeria’s Head Of State, His Excellency, Gen. Gowon (Rtd).

How We Celebrated Nigeria’s Independence And Our Second Anniversary With Nigeria’s Head Of State, His Excellency, Gen. Gowon (Rtd). 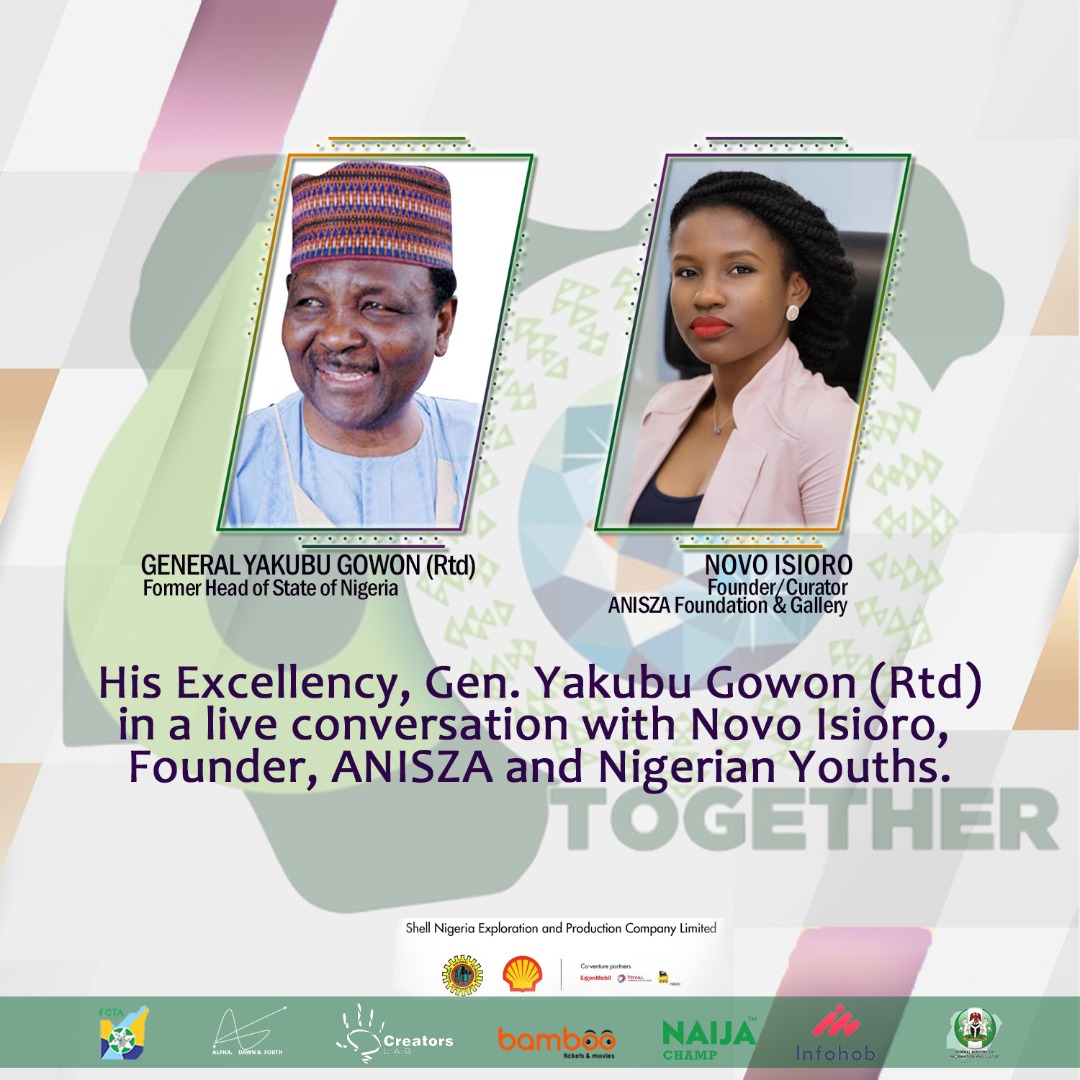 ANISZA foundation and gallery, on October 1, hosted the former Head of State, General Yakubu Gowon (Rtd), where he described as accidental his emergence as Nigeria’s head of state at age 31.

During the interaction with the youths at the event, the retired military general said he became the third President of Nigeria and youngest Head of State ever on August 1, 1966, before his 32nd birthday on October 19th. At the time, he served the longest tenure in Nigerian history as president between 1966–1975. Till date Gowon remains the longest serving Nigerian head of State with 9 years at a go.

The event is Nigeria’s first virtual reality unity, peace gallery & online history competition organised by ANISZA Foundation and Gallery, to commemorate its second annual anniversary, themed: ‘Sustaining Peace Together, ‘Gowon said, “I felt petrified when I took over as Head of State”.

The virtual event was moderated by the Founder and Curator of ANISZA Foundation and Gallery, Novo Isioro, the former head of state added that his ambition then was just to be be a good soldier. “I never planned to be the President, it just happened,” he noted.

The former head of state spent time with hundreds of Nigerian youths who participated in the virtual event , as it marks the debut of the ‘Heart of the Matter with Novo Isioro,’ an online talk show where the host will raise issues of peace and unity among Nigerians and globally.

The octogenarian who relived some of his life experiences and counseled young Nigerians on the right attitudes and values. He also engaged the participants at the virtual event on national issues especially the role youths can play in national development.

Among the participants were also select school children who are members of the ANISZA School Club some of whom sat around Isioro during the conversation with the former head of state.

General Gowon also interacted with the participants on issues ranging from their identities, views on ‘one Nigeria’ and their personal commitments to ensure the nation remains united, reiterating his faith in the Nigerian youth and the country’s potential for greatness. He asserted that “we can be able to live in peace and unity irrespective of religion and tribe.”

The Plateau State hailed General also reiterated his faith in the Nigerian youth and the country’s potential for greatness, noting that “we can be able to live in peace and unity irrespective of religion and tribe.”

With a lot of wits and humour he also admonished young people, traditional and religion institutions to take up the responsibility of securing the national identity saying everyone has major roles to play in harnessing national values that will spur growth and development across all sectors of the Nigerian life.

Our host who also doubles as the founder of ANISZA foundation and gallery, Isioro, explained that the idea was to educate Nigeria youths especially secondary school students in Nigerian history using photographs and other visual elements, and by understanding of the Nigerian journey, it can advance the cause of Peace and Unity in the country.

She also added that the national virtual history competition which also took place on October 1st to 3rd is “part of the efforts of ANISZA to engage young Nigerians on our history while using it to emphasize national unity.”

Representatives of SHELL Nigeria, one of the leading sponsors of the ANISZA were also in attendance during the event. Other sponsors include Alpha, Dawn & Forth, Creators Lab, Bamboo entertainment, Naija Cham, Infohob, Koroba entertainment.

One of the participants, Mr. Godswill Chibuzor also expressed his delight at seeing and hearing the former head of state speak, and also commended his fitness despite his advanced age.

Isioro, ANISZA’s visionary is an alumnus of the Pan Atlantic University, and a visual communication strategist and photographer who served as Nigeria’s Presidential Documentary Photographer in the Office of the Vice President up until last year when she proceeded to the United States for further education at the New York Film Academy.

Published.
Click/Tap to read from any.