History & Facts: Did colonialism change the roles of women in Igbo society and by extension Nigeria?

History & Facts: Did colonialism change the roles of women in Igbo society and by extension Nigeria? 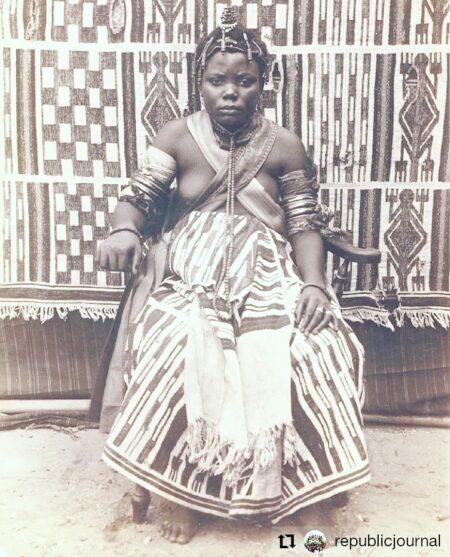 Researcher, Chinenye Anikwenze, examines how colonialism contributed to altering the ‘balance of power’ between men and women in Igbo society.⁠

According to Anikwenze, during pre-colonial times, ‘Men and women governed through “parallel organizations”, with each gender having their separate political, economic, and religious institutions. The “Ụmụ Inyom” body, consisting of married women in the community, challenged and meted out punishments to the men who erred against the institution of marriage or engaged in domestic violence and child abuse.’⁠

Anikwenze explains that the disparity in land ownership between Igbo men and women became pronounced in the early 1900s as colonial officers forcefully acquired land from citizens. ‘The 1917 Public Lands Acquisition Act gave the colonial government the right to forcefully acquire land irrespective of current ownership, and the majority of the acquired land was repurposed for cash crop production,’ she says. She adds that because Igbo women mostly produced food crops for consumption, it became difficult for them to acquire land, ‘as Igbo men were responsible for producing cash crops such as coffee and cotton for export and were more likely to acquire and manage land.’⁠

Ultimately, Anikwenze argues that colonialism was influential in the ‘relegation’ of women in Igbo society. She explains, ‘missionaries encouraged women to embrace docility and submissiveness to become the perfect housewives for male converts. The western practice of adopting the husband’s surname became the norm in the Igbo society after the arrival of missionaries’, adding, ‘preconceived notions regarding a woman’s subservience and other limitations have been largely influenced by western norms transmitted through colonialism and religion.’⁠

Do you agree with Anikwenze? Let us know why or why not in the comments below.
__
📝: Chinenye Anikwenze⁠
📷: Opobo/Bonny chiefs daughter in a wedding dress.
1890s-1900s.