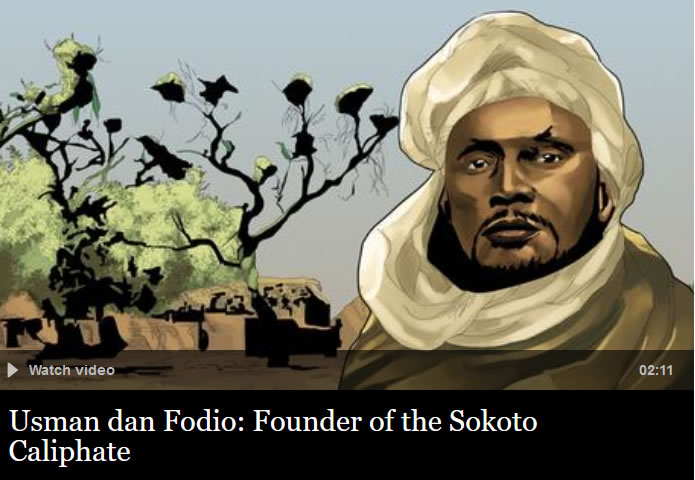 He was a religious teacher who became the leader of a revolution: Usman dan Fodio, respectfully referred to as Sheikh, criticized the elites and changed the political system in present-day northern Nigeria.

What was Usman dan Fodio’s background?

Usman dan Fodio was born on December 15, 1754 in the village of Maratta, in the Hausa-speaking city state of Gobir, in what is today northern Nigeria. He studied law, theology and philosophy in Agadez (in what is today Niger Republic) under Islamic scholar Jibril Ibn Umar. Because of his religious knowledge and authority, he later came to be referred to respectfully as Sheikh Usman.

After completing his studies, he went back to Gobir and began to preach Islam to the people, who at that time mixed paganism with Islam. His popularity grew in Gobir and got to a stage where the then King of Gobir, Rimfa, saw Usman dan Fodio as a threat and attempted to assassinate him. Usman escaped and started moving among rural communities preaching, teaching and writing.

In the year 1803, Sheikh Usman and hundreds of his followers migrated to Gudu where he continued to propagate Islam. While at Gudu, Usman dan Fodio declared a holy war (jihad) against King Yunfa of Gobir (Rimfa’s son and successor) and his people as he felt their way of life did not correspond with the teaching of Islam.

How did Usman dan Fodio establish the Sokoto Caliphate?

The declaration of the holy war spread across the Hausaland and many people volunteered to join his army. In 1804, he formally declared a holy war on the whole of Hausaland. In 1808, Usman and his followers conquered Gobir, Kano, and other Hausa city-states. He retired from battle in 1811 and returned to teaching and writing but his armies continued their conquests until 1815.

This religious revolution united the Hausa states under Islamic law, and in 1812, led to the establishment of an empire called the Sokoto Caliphate, composed of emirates and sub-emirates, many of which were built on the sites of previous Hausa states. The Sokoto Caliphate became the most powerful economic and political system of the region during the 19th century, and contributed profoundly to the Islamization of Northern Nigeria.

How important was the caliphate founded by Usman dan Fodio?

His Islamic religious empire included most of what is now northern Nigeria and parts of Niger as well as northern Cameroon. The holy war inspired a series of holy wars throughout West Africa at the time and Islam became the dominant faith among the people of West Africa.

In 1837, the Sokoto Caliphate, with an estimated population of over 20 million people, had become the most populous empire in West Africa.